Launching the largest plane in the world.

The record-setting Stratolaunch carrier aircraft first took to the skies on April 13, 2019, staying aloft for 149 minutes, and successfully landing back in Mojave. Since 2012, we've been designing, building, and testing the world's largest composite aircraft for Stratolaunch, a Paul G. Allen company. The goal of this mobile launch system is to make orbital access to space more convenient, reliable, and routine. For high resolution first flight photos, download our media pack. The large aircraft project has been an idea our founder, Burt Rutan, has played with for over 20 years. Various designs have been explored as customer interest came and went. Ultimately, in 2011 Paul Allen agreed to pursue this project. Prior to the final contract, Scaled worked to validate fabrication costs by building demonstration pieces to lower the cost of pounds of material labor to man hour. This factor drove the overarching design of the aircraft - flat-sided fuselages with a mostly straight wing. Learn more about Stratolaunch Systems.

Stratolaunch By The Numbers 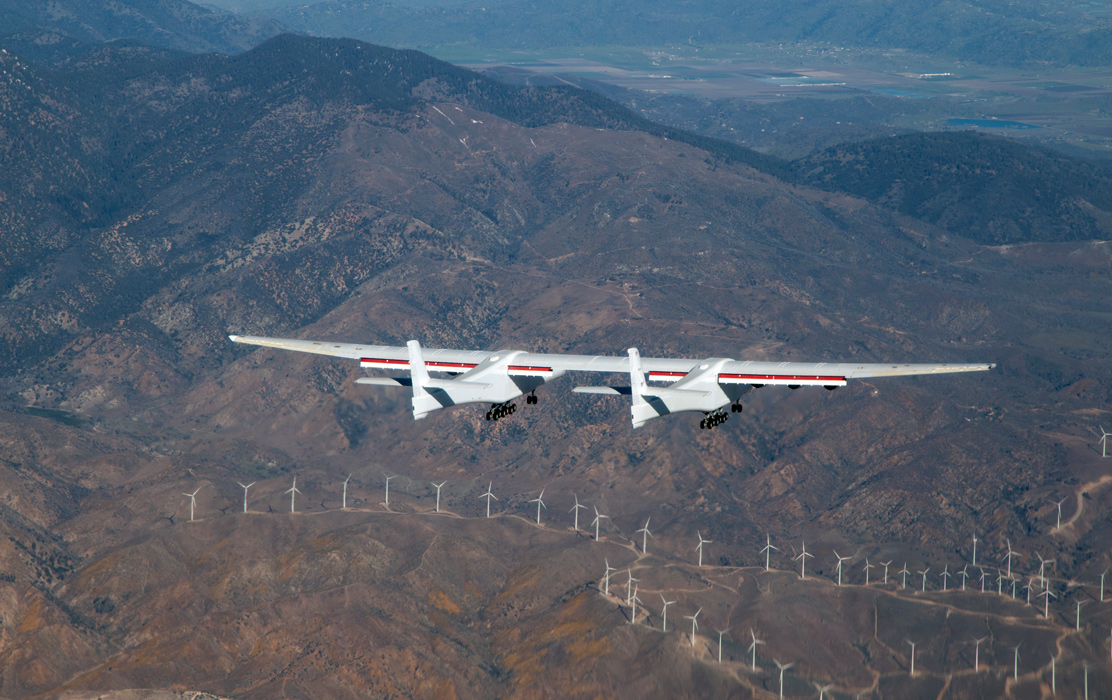 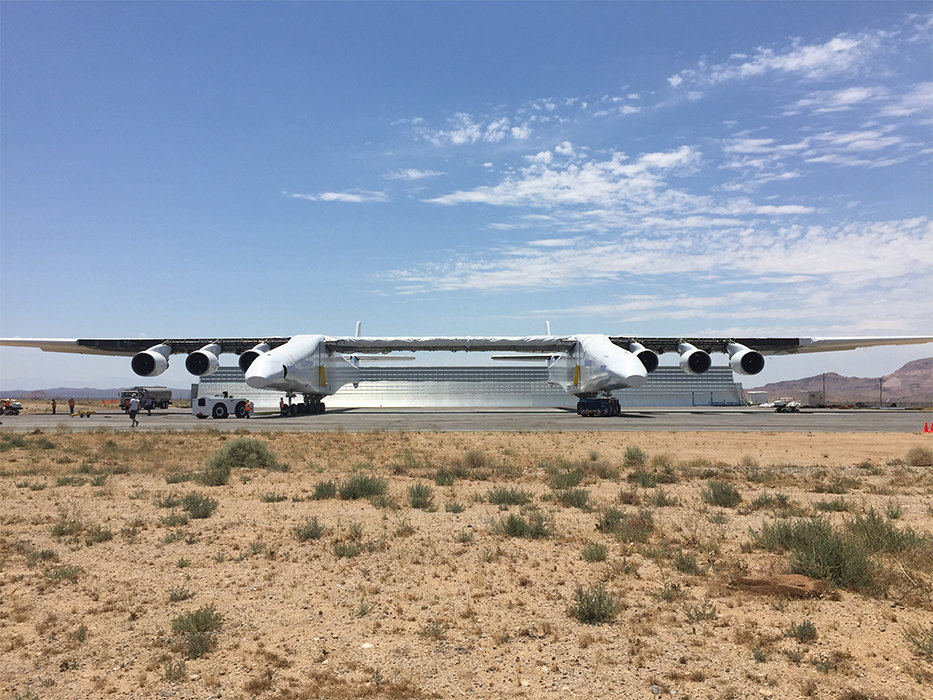 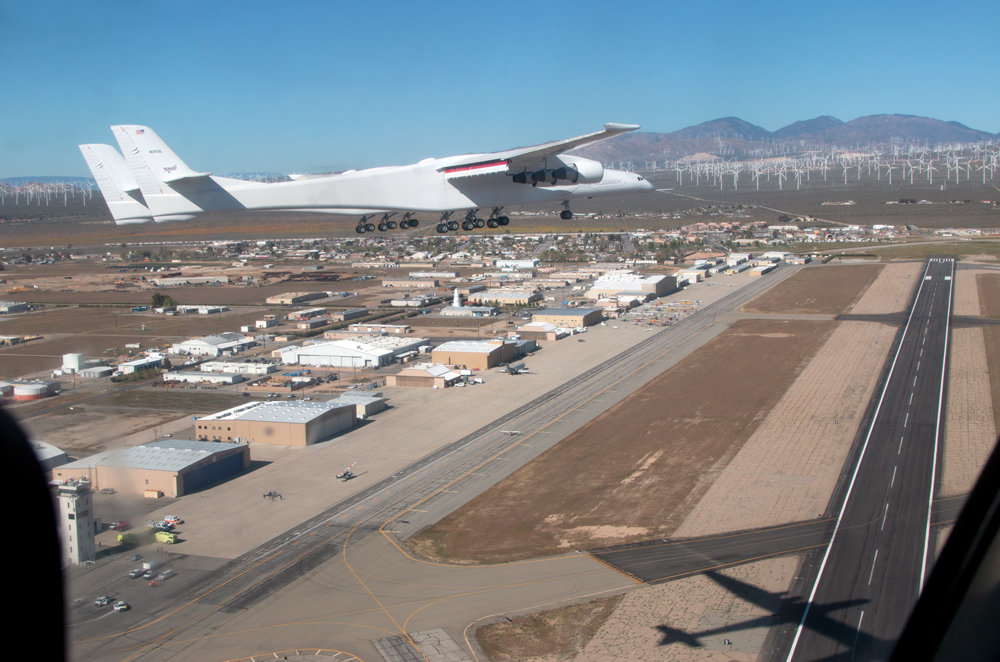 Stratolaunch can carry over half a million pounds of payload.

The top of Stratolaunch's tail is 50 feet above the ground.

Stratolaunch rolled outside for the first time to begin ground tests.

The two fuselages are 95 feet apart.

Thinking about Stratolaunch flying, its 'just another first flight of another type' but at the same time, 'it's a whole different KIND of airplane.'