Before coming to Scaled, Lane dove into the workforce trying different fields in order to find a career in which to settle. Now one of our foremost composite trainers, Lane began at Scaled in 2006 with minimal knowledge of composite materials. Taking advantage of Scaled’s learn-as-you-go environment led to many opportunities to gain the know-how that has contributed to the wealth of knowledge he imparts on trainees today.

Starting at Scaled, Lane was assigned to a small team fabricating storage tanks for a commercial vehicle – a great training program. Starting with dry fiberglass cloth and a wet resin system, Lane quickly learned best methods for wetting out various fiber weaves. Being paired with more senior fabricators also exposed him to great tips and tricks they had learned throughout their careers. Once that work wrapped up, Lane shifted gears to a project working mostly in carbon fiber. Though a wet layup system was familiar, the stiffer material had its own set of tricks to learn. Again, Lane picked up what knowledge he could.

Due to Scaled’s dynamic workload, employees often gain exposure to multiple projects across a short span of time. In Lane’s 12 years at Scaled, he has worked no fewer than 11 projects. Each step of the way presented opportunities to learn how to build a new structure, assemble various parts, and do any and all modifications with a variety of materials. Absorbing all this information, Lane became a leader in a short amount of time, inspiring his teammates to meet schedule and craftsmanship goals.

When asked about his approach to connecting with his team, Lane simply answered that he talked to people and kept everyone informed on the goals they were trying to meet. Having a little fun doesn’t hurt, either. While building the Stratolaunch wing, Lane started a brief workout routine to keep everyone energized. Each day his team, and eventually other groups, would take a few minutes to do a short series of push-ups. Eventually, even the program director joined in when friendly competitions were held!

Although Lane has had a hand in building many structures and vehicles over the years, it hasn’t gotten old seeing his handiwork being put into action. Whether it’s verifying load paths on a test article or seeing a first flight, he always takes a moment to appreciate that a team came together to create something out of thin air.

Looking toward the next phase of his career, Lane joined our newly formed Development Department. With his background of being a proven leader, this seemed like a natural step to be more available to passing on the knowledge he’s learned along the way. 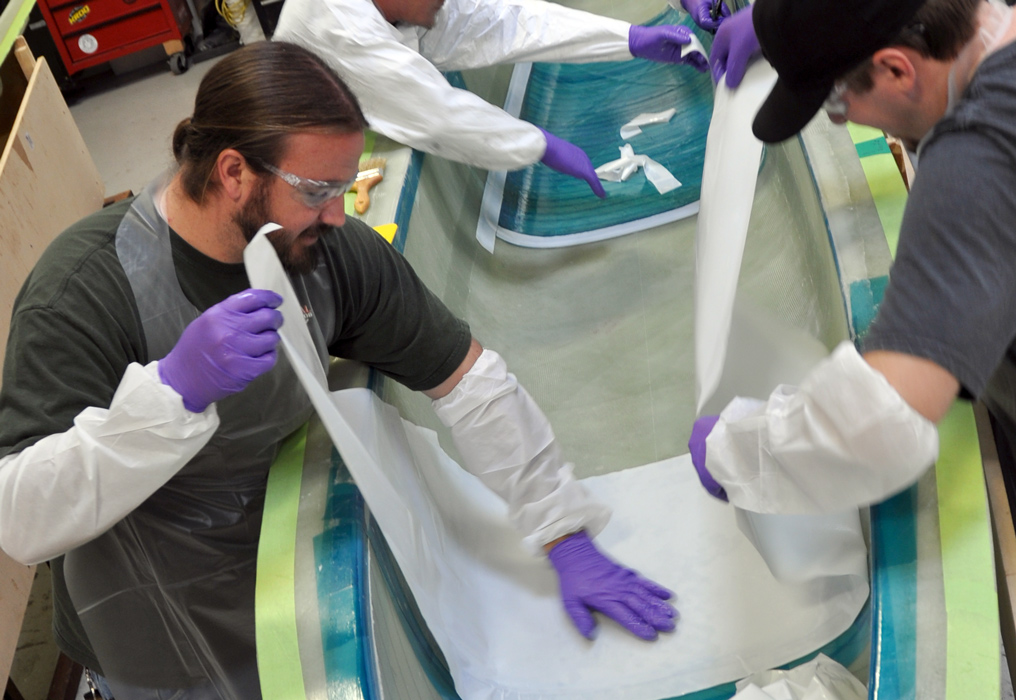 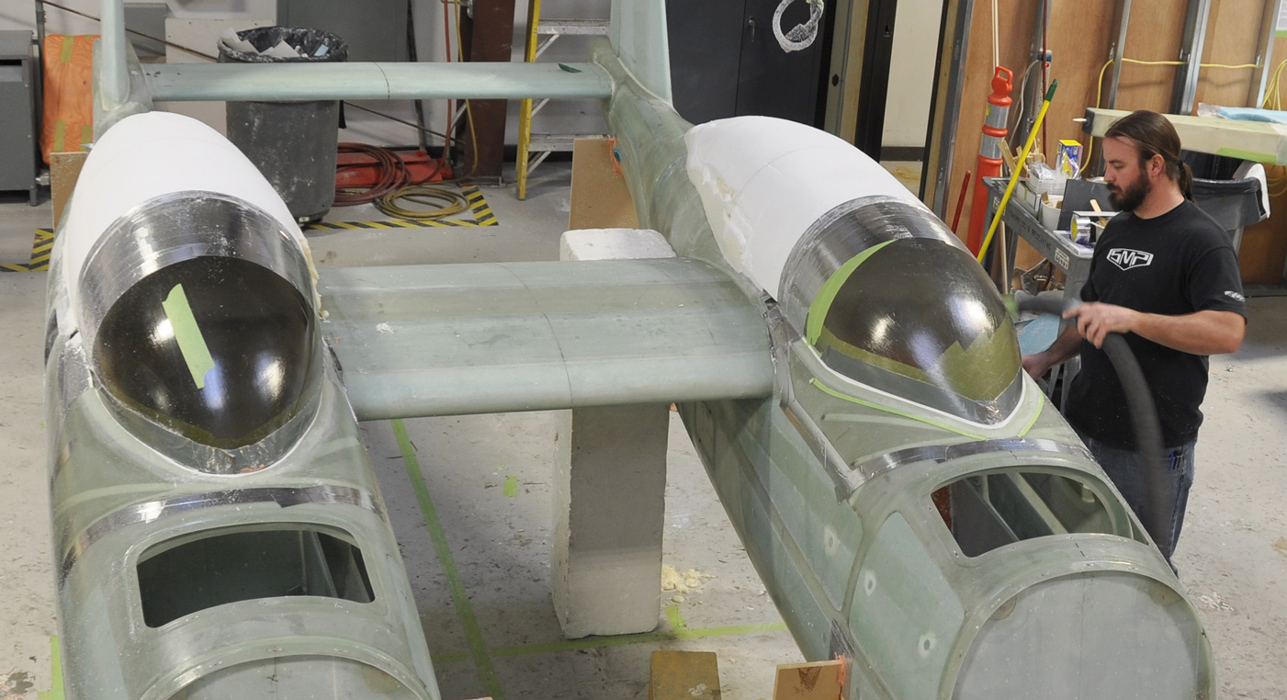 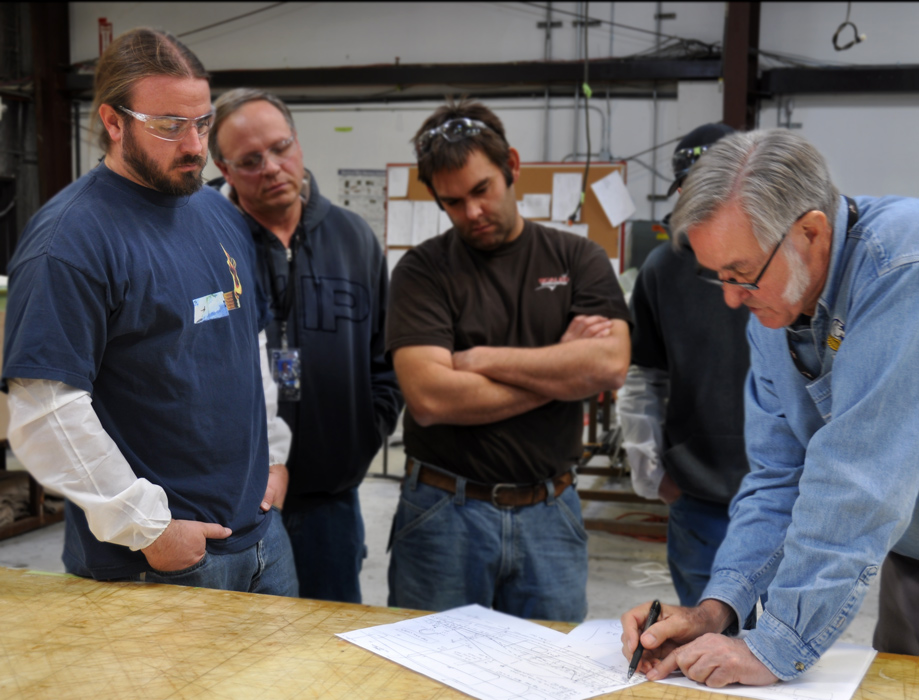 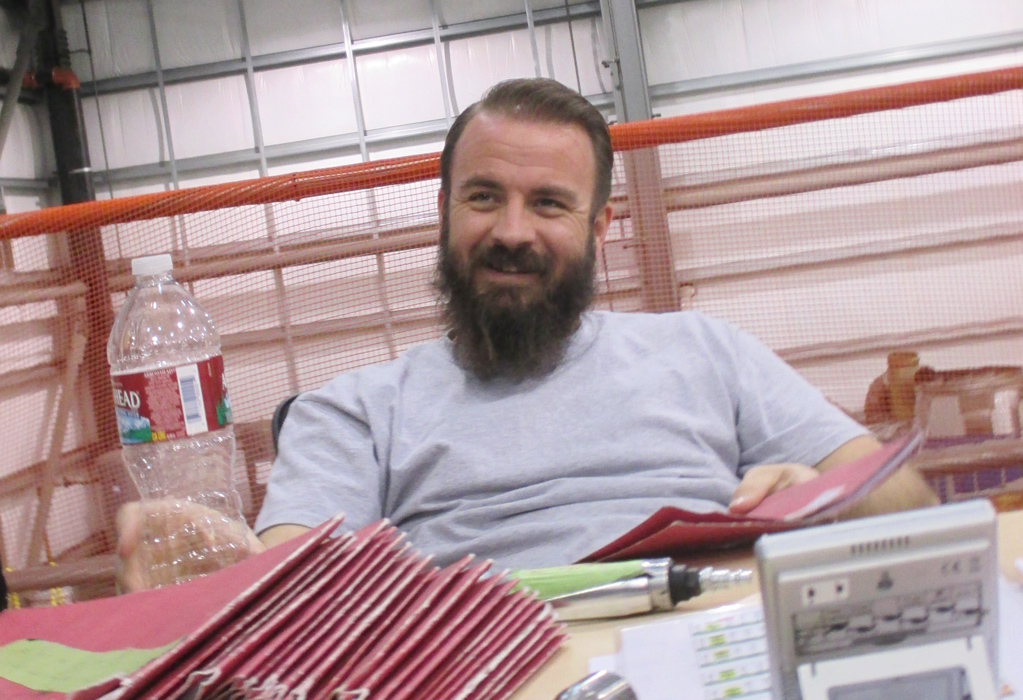 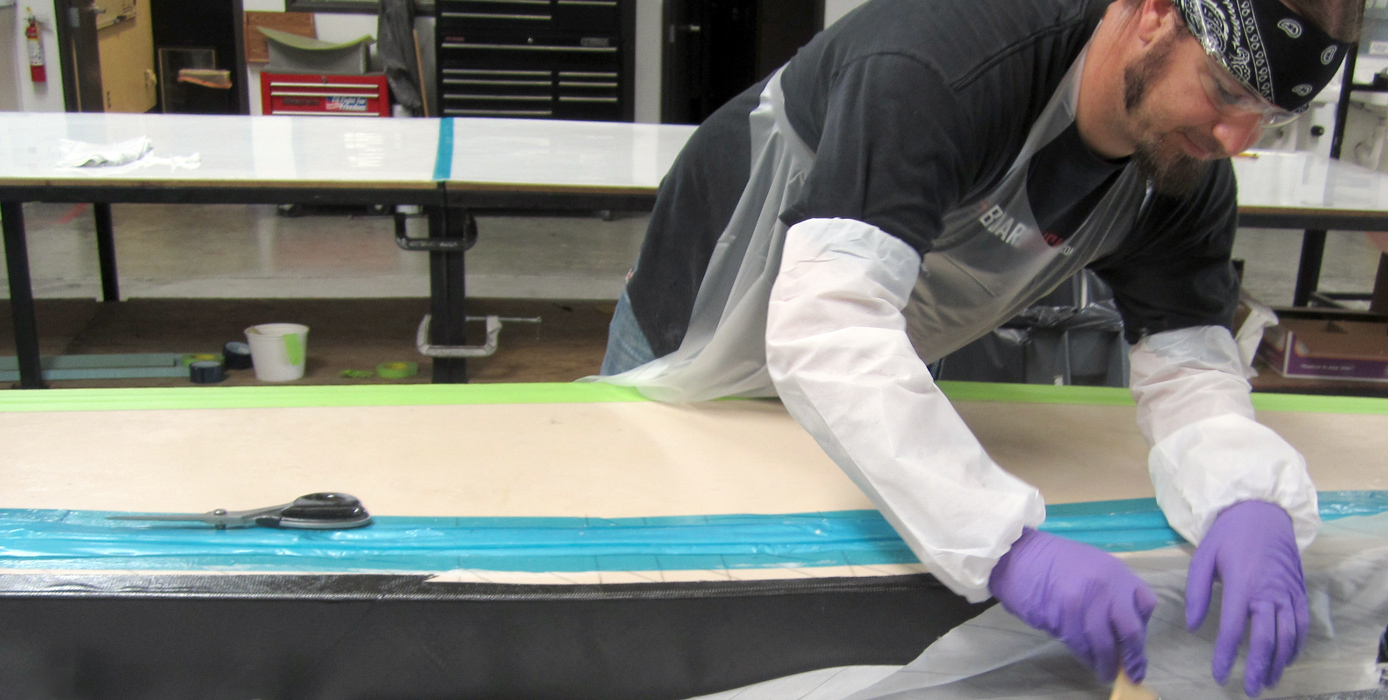 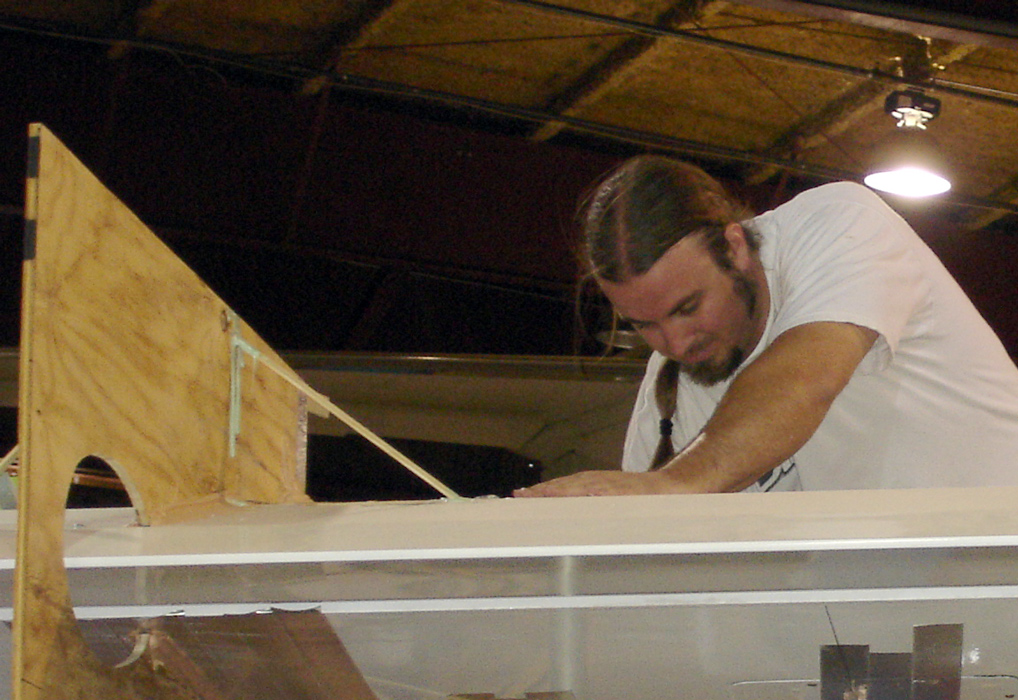 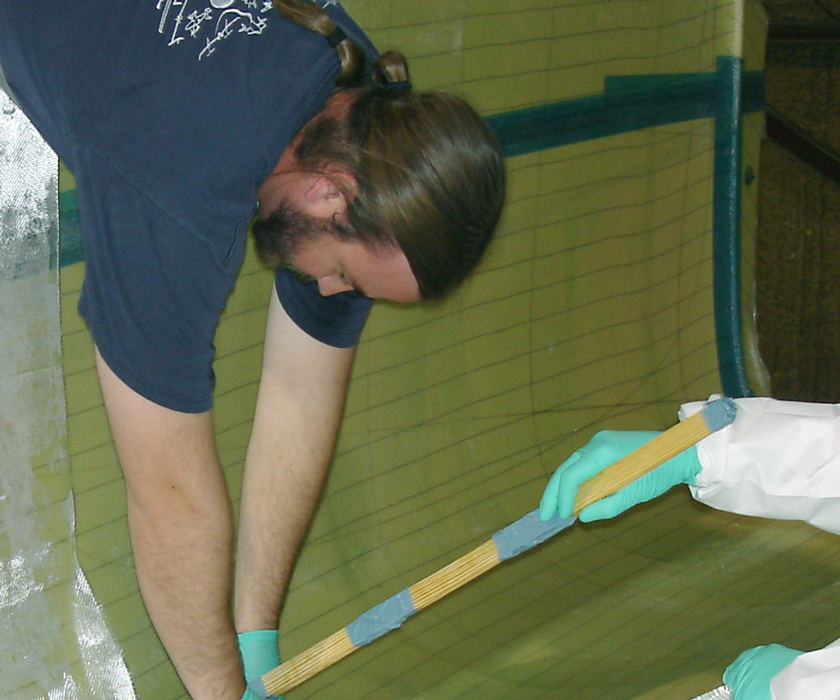 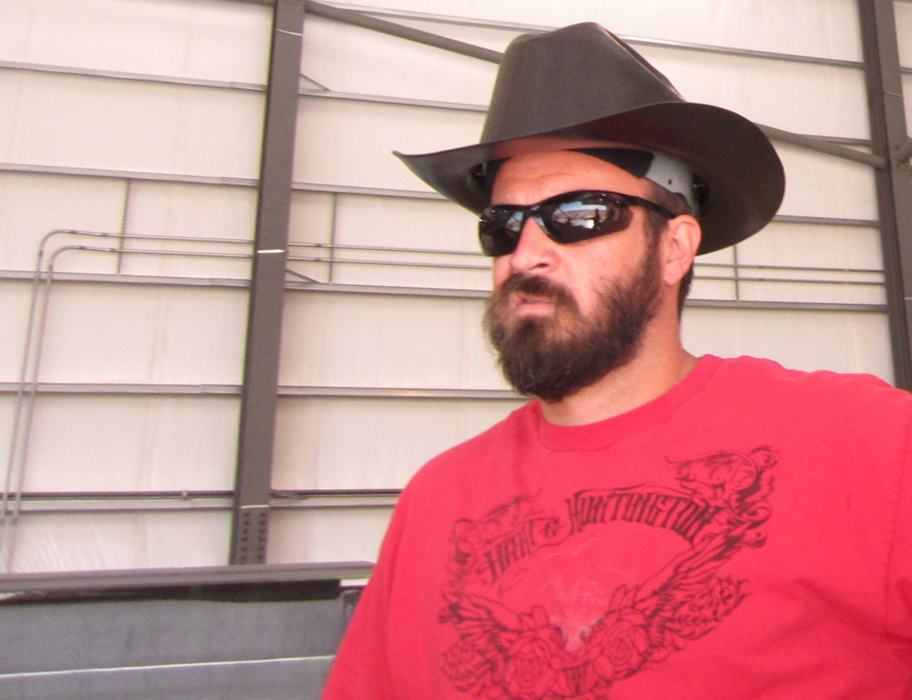