Scaled Composites Puts the Spurs to the World’s Largest Aircraft

This past weekend, we successfully ran all six Pratt & Whitney 4000-94 inch engines of the Stratolaunch aircraft – one at a time, multiple times. The team tested normal engine starts, along with a number of failure mode conditions to verify proper engine and airframe response.

If you were thinking, “These are 747 engines, what is the big deal?” No other airplane has flown with six 747 engines. This six engine configuration is capable of producing more thrust than any other airplane. While this full thrust capability has not yet been demonstrated, the engine testing will continue with increasing power levels. Ken Baker, Test Conductor, stated “Even at idle, it’s apparent how much power these engines have!”

We have been working with Stratolaunch for the past five years designing, building, and testing the world’s largest aircraft. Paul Allen’s mission for Stratolaunch is developing an air launch platform to make access to space more convenient, reliable, and routine.

“Follow-up testing this fall will exercise the unique avionics, hydraulics, electrical, and fuel systems,” said Joe Ruddy, Director of the Stratolaunch Project. “This will advance the aircraft one step closer to taxi testing – one of the final test series prior to flight.” 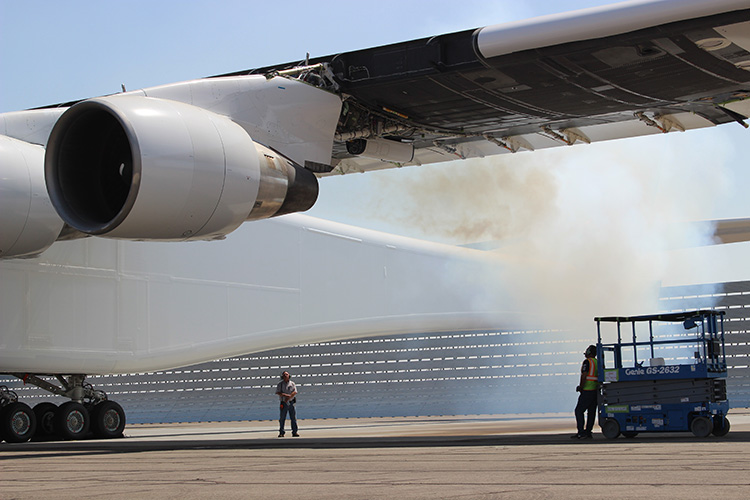 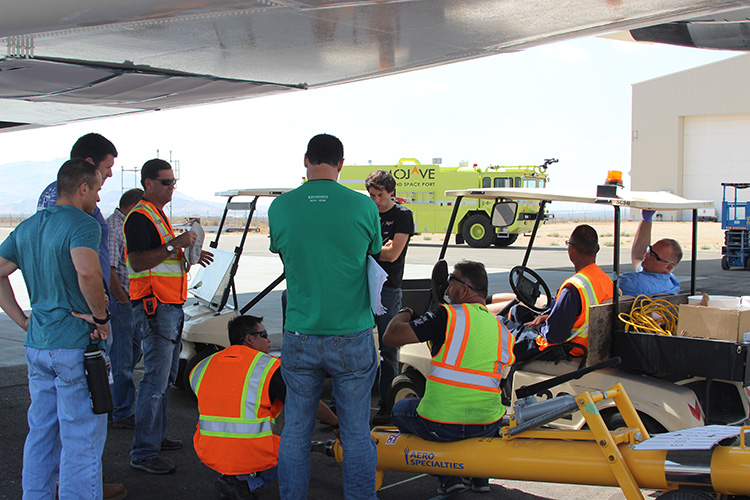 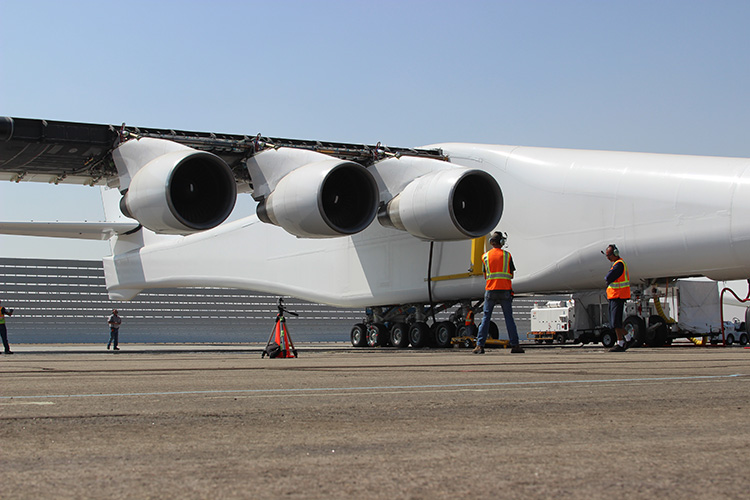 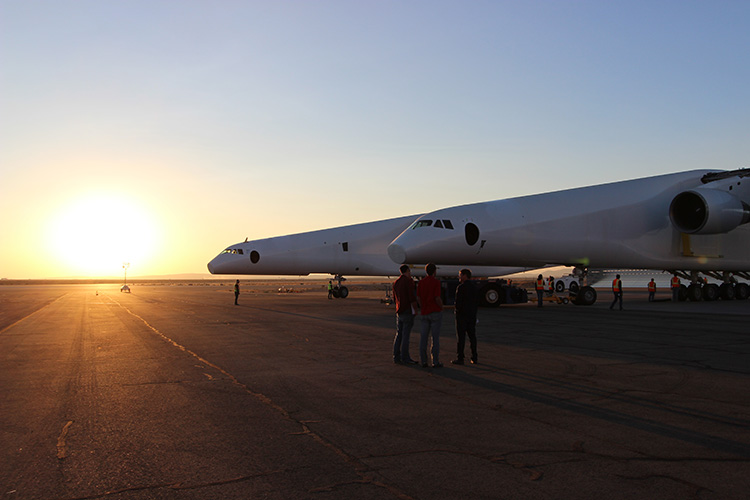 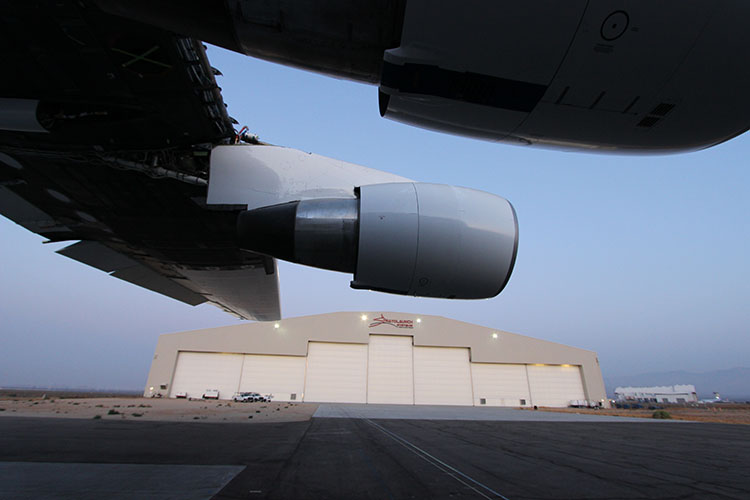 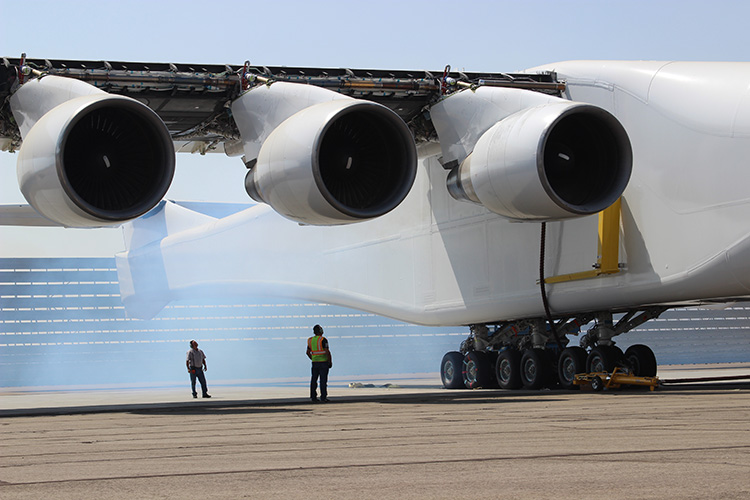 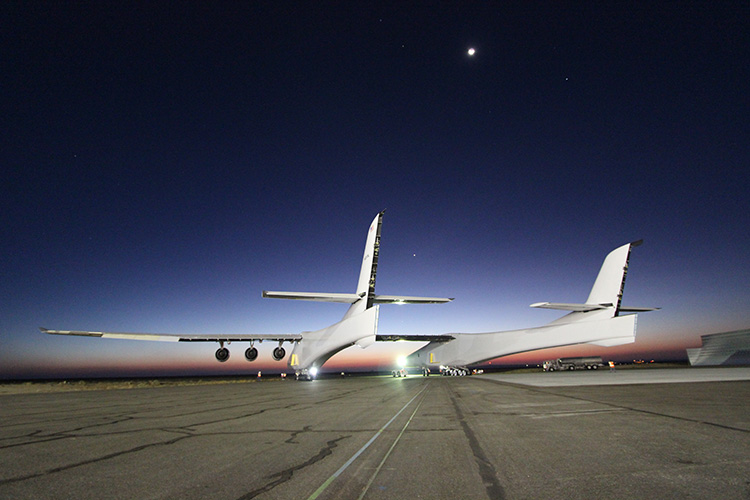